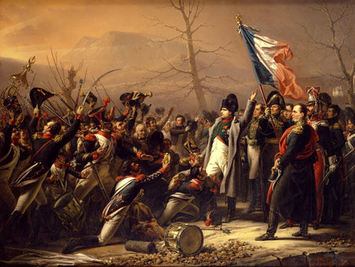 In his Army every individual soldiers have their own duty base on their skills. In each crops there are 3 main sections which are Infantry, cavalry and artillery in each section soldiers have different duties. As an autocratic leader Napoleon chose the soldier after he analyze them on their own skills and then put them in the one of these section. Analyzing a soldier base on his skills and put him in one section is a difficult work that only a person like Napoleon could do it this can show how smart he could take a control of everything. 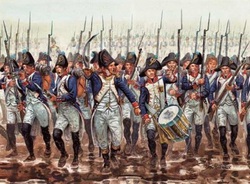 Infantry
The infantry section requires soldiers who has trained well, soldiers who can fire up to several time a minute and every time hit the target even if the target is far away. In addition they need to be light and fast moving. 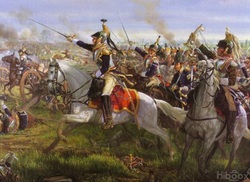 The cavalry section of Napoleon army have been separated into two different pieces which were heavy and light. The heavy unit requires strong men with big horses with metal helmets and armor and the light cavalry usually were carried curved sword with no armor or metal helmet. 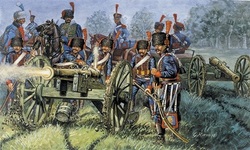 The artillery section was the most important section in the Grande Armee which sometimes cause the victory of Napoleon in his battles artillery troop must be able to fire up to three shots every minute lobbing screaming iron into enemy ranks from 1800 yards.